A Simple Alternative to Tai-Chi 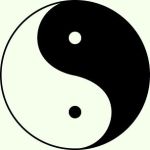 Y-Dan is an ancient exercise dating back over 2000 years. Initially, it was practiced only by the Chinese imperial families and remained quite secret. Eventually, it was lost and remained so for centuries until 1978. It was at this time that it was rediscovered and practiced again in Taiwan. In a very short time, its popularity became so widespread that due to the limited number of qualified instructors, only people over the age of 40 were allowed to learn.

Y-Dan is a full body exercise with its own warm-up and cool-down built into it. It exercises every part of the body and has a very balancing effect on the body and mind. The name of the exercise actually translates to External Elixir which means that it was designed to exercise the exterior of the body, which includes the muscles, joints, ligaments, etc. Because of this, it is also one of the safest exercises you can do. Another exercise very closely related is called Nei Dan which translates to Internal Elixir. However, this exercise is much harder to learn and can potentially cause more harm if done improperly. The beauty of Y-Dan is that it's arranged in such a way that it can be learned very quickly and efficiently. There are only 19 movements in the exercise, so each movement can be remembered more easily and practiced with more repetition. With some other types of exercise, you may do each movement only once. But in Y-Dan, each movement is done either 4 times or 10 times.

The "Chi" is something you may have heard of before. It's basically your body's energy flow balancing the body, mind, and spirit. When the Chi flows well throughout the body and your meridians are open, you will experience vibrant health with energy and a general feeling of well-being. It's also much more difficult for disease to take root with everything flowing so well. Now you may have heard of athletes dying very young and think to yourself, "How could they have died so young when they were in such great shape?" The truth is that they may not have been in such great shape after all. Just because someone looks good, it does not mean that they have balanced health. A lot of athletes exercise to the point of overtraining which can cause a shock to the system. That, when combined with very severe dietary and drug practices makes their bodies into walking time bombs. Unless you're experienced, you can't tell any of this from looking at them. But believe me, I've seen it myself. They fool everyone around them. Then one day an injury hits them, then they get a string of illnesses, get hurt a few more times in a futile effort trying to regain their former glory, and finally, it's game over. Remember, I've seen this myself!

What these people need is balance. They need to tone down their more intense exercises and include balancing exercises to bring harmony to their bodies. Clearly, they did not have good flow of Chi. Y-Dan is excellent for this purpose. It's easy to learn, is very effective at promoting the Chi and makes you feel great. Not only that, but it also helps prevent and rehabilitate injuries. I've taught numerous people Y-Dan who suffered from various joint problems including Fibromyalgia and Sciatica among other things. At first, the students were not able to perform all the movements. But eventually, once they were able to do them all, their pain was almost gone! It may not have left 100%, but they were able to do many things that they hadn't done in years.

Another point I'd like to make is that I'm not saying you shouldn't do other exercises. By all means, do them as long as they don't involve impact. Although Y-Dan can work very well by itself and certainly has helped countless people using nothing else, it can also help balance out other exercises you do. I am also a bodybuilder of more than 11 years and take my weight training very seriously. However, when I started including Y-Dan in my daily routine, I can say with absolute certainty that it enhanced my exercise greatly. Getting up to go in the morning was easier, starting my workouts was easier even in cold weather, and I had more overall energy and balance. As much as I look forward to my bodybuilding workouts, I look forward to my Y-Dan.

As with any exercise, exercising first thing in the morning is the most beneficial. This is primarily because of blood circulation. Between the hours of 1AM and 3 AM, the liver is placed under the most strain and retains the most blood, which is why people will often wake up during this time to use the bathroom, and also why people have cold hands and feet in the morning. By exercising first thing in the morning, you will make your body more efficient by forcing the blood out of the liver and to the rest of the body. Also, your focus is generally better in the morning, and unexpected things often have a way of creeping up on you as the day goes on. By exercising first, you don't have to worry about that, because you've already done your exercise.

I have been an instructor in Y-Dan for the past 7 years and a weight-training instructor for 9 years, working in conjunction with Prime Health Products. Due to the demand for the Y-Dan classes and to make it accessible to people who don't live in the Toronto area, I produced an instructional DVD making it possible for anyone anywhere to learn this fabulous exercise.

There are 19 movements in total with 7 introduction movements and 12 core or main movements. It begins gradually with very slow movements, eventually getting harder and more dynamic, until it finally slows down again at the very end.

Disclaimer: these statements have not been evaluated by Health Canada. This product is not intended to diagnose, treat, cure, or prevent any disease.